The following article post originally appeared on http://www.dailymail.co.uk/ and was written by Natalie Corner and Imogen Blake.

If you’re fed up of fad diets and the clean-eating craze, there’s only one place you should go: an all-you-can-eat buffet. 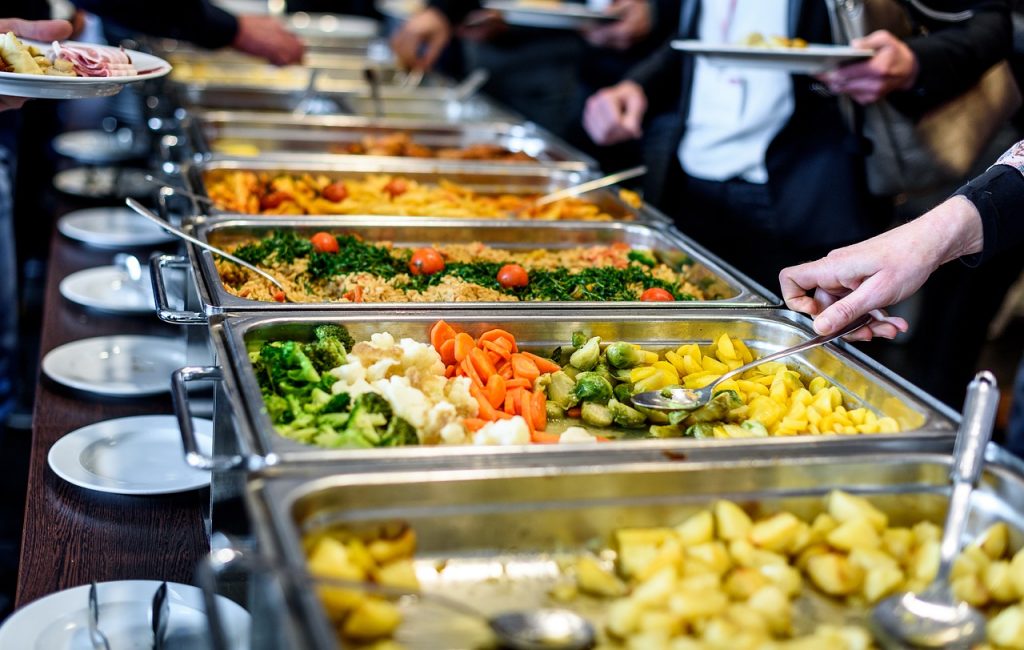 These restaurants allow you to enjoy multiple plates of all your favourite naughty dishes, from curry and Chinese to pizza and chips – and at a fraction of what it would cost at a normal eatery.

But now buffet experts have shown that there’s a sneaky way to get even more of your money’s worth out of a visit.

Avoiding filling side dishes such as pasta, skipping the cheapest foods, and not shelling out for expensive drinks are among the tips you need to follow to get the best value meal next time you hit the buffet.

The hacks were revealed on Channel 4’s new documentary The 2,000,000 Calorie Buffet.

The show, which airs on Monday, reveals that Brits spend around £4,000 on dining out a year.

One of the most popular options for eating out is the all-you-can-eat buffet as you pay one low price – usually between £12 and £15 – and can eat as much as you like.

But there’s money to be made in this business – on a typical night, one of these restaurants can make £12,000.

The show looks at the best ways to beat the buffet, as well as the tactics the restaurants employ to earn as much profit as they can.

One regular buffet fan named Chris, advises diners not to commit to one dish too early and to make sure you do a full sweep of what’s on offer first.

The most expensive food for More Buffet in Leicester is seafood, so if you’re a fan of king prawn, fresh salmon and squid then stock up to get value for your money.

Restaurants have their own tricks as well, from trying to up-sell drinks because they have a smaller margin than the food on offer, as well as strategically placing filling side dishes such as pasta, rice and noodles next to the protein-based dishes.

Substituting fried seaweed for cheaper cabbage is another tactic, while restaurants tend to place valuable items in front of the kitchen – because people are less likely to pile their plates high in front of the chef.

Manaj, the manager of More, says the average guest will eat four plates of food and the most he’s ever seen eaten is eight.

‘When the guests eat around seven plates, I’m in trouble,’ he says, adding that he breaks even at the seven plate mark.

Read the full version of the article here.